Get Ahead of the Storm

Get Ahead of the Storm

Storm activity in 2020 was one for the books. Of the 31 tropical depressions that formed, 30 developed into tropical storms or hurricanes, including six that intensified to Category 3 and higher. A record number of 12 named storms hit the continental United States during last year’s hurricane season, seven of which resulted in billion-dollar disasters. Ten storms were labeled rapidly intensifying, also establishing a new record. And at some point, during last year, every single mile of the mainland U.S. coast stretching from Texas to Maine – more than 3,250 miles – was under a hurricane warning or watch. Perhaps you were somewhere in that area or have clients in or near coastal communities along the Gulf Coast or Atlantic Coast.

Weather patterns are unquestionably becoming more severe, and frequent, powerful storms have stirred up a property insurance crisis that has been brewing for many years. Domestic carriers have increasingly shied away from high-liability, hurricane-prone areas to limit their exposure and protect their books of business. In Florida alone, combined losses in 2019 by nearly 60 carriers topped $700 million that resulted in $351 million in negative income.

As the largest surplus lines insurer in the United States, Lloyd’s of London is filling that tremendous gap with its surplus lines insurance that protects against financial risk beyond what domestic insurance carriers are willing to take on. Lloyd’s members, which operate as syndicates and carry the security ratings of the Lloyd’s brand, insure and spread out the risks of different types of businesses, individuals and organizations.

The Power of Lloyd’s Reporting

These syndicates request and collect specific data in accordance with Lloyd’s standards, and the reporting capabilities associated with Lloyd’s Reporting are unmatched, which third-party administrators find particularly invaluable.

√ Let’s start with the money: Lloyd’s Reporting is included in ClaimPilot’s software at no additional cost.

√ Lloyd’s Reporting provides a template with the reporting data elements, and ClaimPilot builds out the template with data markers and labels it to comply with each syndicate’s wishes and the client’s specifications. Our system then generates the data based on those specific data markers. Even reports with large amounts of data take only minutes to generate.

√ Lloyd’s Reporting software generates bordereau reports (BDX), used primarily for premium calculations, that lists either the assets that are covered or the actual claims paid, and shows the future exposure and projected payout on those losses. Bordereaus are also beneficial in pinpointing margins and profitability by client, identifying trends and determining whether premiums need to be adjusted.

√ When our clients are managing their contracts in ClaimPilot, they can input the contracts and percentages on the policies. Every time they pay a bill, the payment can be split out between different contracts that may have different bank accounts. Very few other systems have this functionality. They can also capture Lloyd’s data that’s reflected in those reports.

√ Reports can be scheduled in advance to run automatically.

√ Currently, Version 5 of the software is used most commonly. As updated versions of the bordereau are requested by syndicates, ClaimPilot helps clients with the upgrade, testing and deployment. For clients who prefer to update their templates internally, we provide the guidance and coaching they need to do so successfully.

√ The Management Information Report (MIR) is for self-monitoring and self-reporting certain KPIs in compliance with service agreements, such as how fast you turn over claims each month, complaint response time, the amount of correspondence between claimants and adjusters. ClaimPilot has built in much of the tracking to the system to make tracking even easier.

√ The Pillar Report is similar to a loss run and provides a snapshot of a claim and outstanding reserves at the end of specific periods.

√ Lloyd’s Reporting can also generate Catastrophe “CAT” Reports when a state institutes a data call to collect insurance claims and other relevant information associated with catastrophic damage from a hurricane or natural disaster, or even total losses associated with COVID-19.

√ Lloyd’s, which is only one component of our vigorous reporting suite, opens up new avenues of business.

Connecting the Dots for Clients

Changes in weather patterns have sparked changes for our clients, and we’re seeing an increase in client demand for access to better, more seamless reporting. In fact, we recently had a client come to us specifically for Lloyd’s Reporting functionality.

We rolled up our sleeves to expeditiously customize Lloyd’s Reporting templates with data markers and syndicate reporting labels for this client. As a result, the client can now generate the required reports quickly and easily – literally within minutes – which leaves more time to focus on growth and profitability. Additionally, our client has peace of mind in having gotten ahead of 2021’s potential storms and cat reporting aligned with each syndicate’s requirements.

Since reports are required, it simply makes sense to have Lloyd’s Reporting working to your advantage, particularly since it’s included in our software at no additional cost to our valued clients.

Ask Yourself These Questions

With hurricane season consistently sneaking up on us – May 9 recently witnessed the earliest named storm on record to form in the Pacific – now is the time to assess whether your claims management platform is robust. Do you have scalable, cloud-based software? An automated process? Fast turnaround on claims? An efficient reporting system? Do you provide claims administrative services to clients in hurricane-prone regions? Can you quickly capture catastrophe reporting for states?

Get Ahead of the Tantrums

Your job is tough. If you answered ‘no’ to any of these questions, it’s tougher than it needs to be. Let’s talk, and let’s talk soon because experts have predicted that 2021 will produce another above-average activity hurricane season. Relative to hurricane season that officially runs from June 1 to November 30, Forbes magazine recently wrote, “… forecasters are predicting that the planet will continue to throw tantrums in the form of tropical storms.” 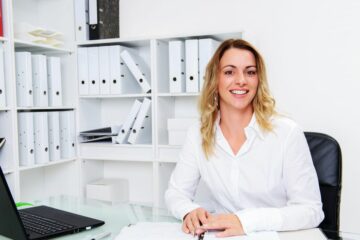 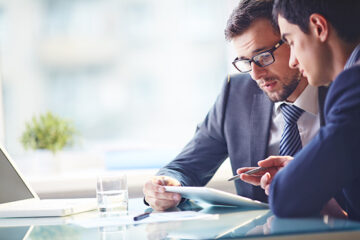 A Time-proven Blueprint for a Successful Conversion

Changing Claims Software: It’s Not As Hard As You Think